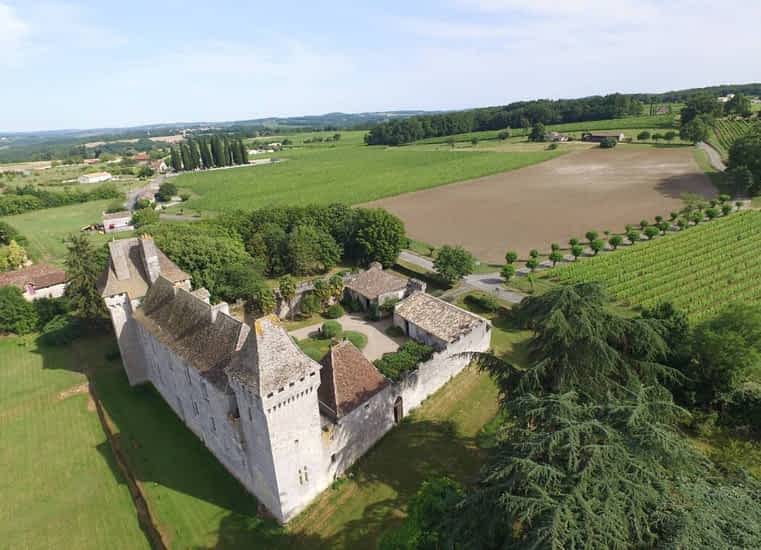 The Castle of Gageac

At the 12th, a guard tower dependent on the Château de DURAS, The stronghold of GAGEAC Consists of a single dungeon whose access is on the first floor, a removable ladder was removed during the assaults, from this place, you could go down to the dungeon whose ground is at the level of the rock with the same scale, this room illuminated By a simple casement served as a reserve of food or weapon.
Above it, the second room accessible by a curious staircase built in the thickness of the walls constitutes the guard room.

It was reinforced in the 14th century by the construction of a separate building of the dungeon to become a stronghold of several hundred men. It was then possible to move from one to the other of the buildings by a removable bridge at the first floor level.

In the XVII/XVIII century it was transformed into a dwelling by the successive families, embellishing it and modernising it in turn.
This extension was completed around 1650 by a second square tower, thus giving its harmony to the entire construction. Dry moats surround the buildings to the east, south and west, while the northern part, now dried up, was at the time occupied by swamps. A crenellated enclosure, with a round path and flanked by Bartizans, defends the entire building.
The housing was surmounted by garrets, three doubles in the North and two singles at midday; There is one left on the south façade and then Gageac was forgotten.

In the nineteenth century, buildings in poor condition were restored with modern techniques, the main staircase was doubled in volume and the distribution of interior parts transformed.

It is listed under historic monuments by order of 27 September 1948.

Today the castle of GAGEAC is open to the public, the visit is commented.

Château de Gageac was last modified: June 2nd, 2021 by of the See
Equipment

Castles and manors of Périgord
30 km