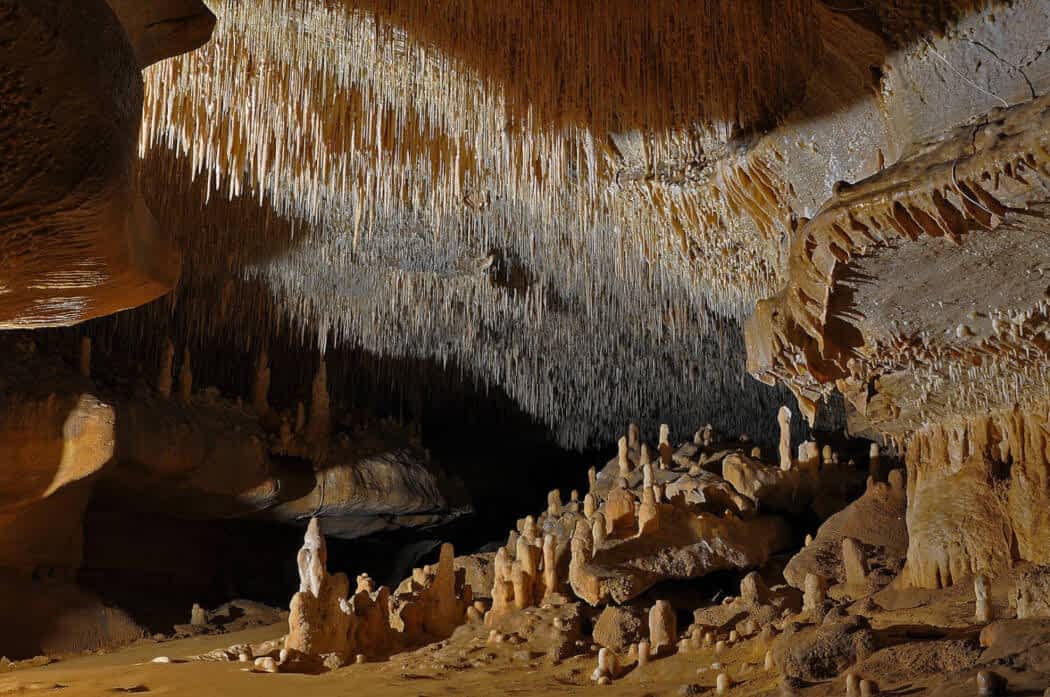 Welcome to the Caves of Cougnac

The Cougnac Caves is made up of 2 caves 200m apart.

The first cave was discovered in 1949. It contains a very rich density of concretions: a frozen rain of thousands of stalactites falling from the ceiling and draperies.

This time, alongside the concretions, various traces left by our Upper Paleolithic ancestors appear in alcoves. The decorated cave has been classified Historic Monument in 1954.

Prehistoric men cleared away the concretions before starting their work as artists. They used the relief of the walls of the cave to restore the volume of animal figures: large deer (megaceros), ibexes, mammoths but also human figures (wounded men). There are also traces of the use of lithophones (musical concretions).

The first figures of the parietal decorations have been dated Carbon 14 30,000 years ago (Gravettien), and the most recent at 14,000 years ago (Magdalenian). They are thus among the oldest figurative drawings, open to the public.

The guided tour of the Cougnac caves gives you a better understanding of how the artists who expressed themselves here interacted with the cave walls!

Castles and manors of Périgord
10 km