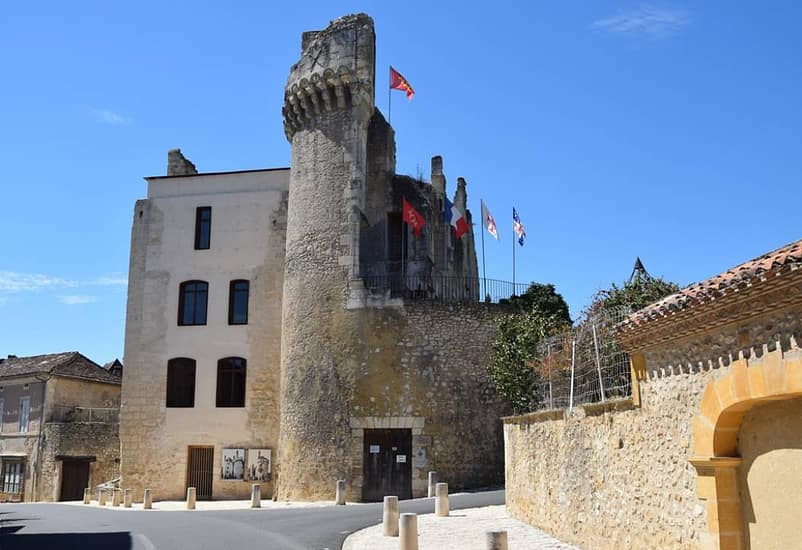 Barrière Castle dates from 1312, it was built by the Barrière family in the 13th century, with a keep surrounded by a moat cut into the rock and fed by a spring.

Badly damaged by time and in particular by a fire in 1898, the castle is located in the centre of Villamblard.

Recently restored, despite its ruinous appearance, it can be visited and houses two important collections of objects from the neighbouring forges and from the Périgord. The floors of the northern dwelling and the keep have been restored as well as a staircase.

The castle is open to the public and visits are free.