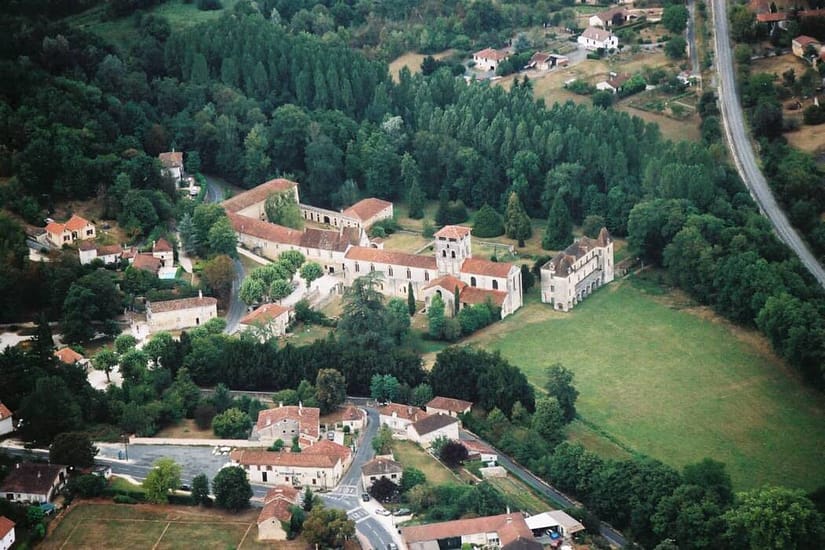 In 1120 hermits gathered around a spring (origin of the name Chancelade) organized themselves into a community, adopted the rule of life of Saint Augustine and founded theChancelade Abbey.

The abbey grew rapidly, underwent the war of 100 years and then the wars of religion. At the end of it there are only ruins, some canons.  In 1614 the young Alain de Solminihac agreed to succeed his uncle as Abbot Commendatory de Chancelade. After his ordination he moved to Chancelade and successfully began the reformation of his abbey.

It is going to have a great deal of radiation before it is largely destroyed in the revolution. In 1789 any monastic presence disappears until 1992. That year the bishop asked the community of regular canons of Saint-Victor present at Saint-Astier to take over the parish of Chancelade. This community finally settled in Chancelade in 1998 with the project, in the process of being implemented, to restore the Logis Abbatial and to make it a spiritual centre open to all.

Abbaye de Chancelade was last modified: August 22nd, 2020 by Friends of the Abbey of Chancelade
Equipment

Free visit, the explanatory booklet available, in French or in English is offered by the association (possibility of donations)

Possibility to visit commented by the Friends present on the premises according to their availability, possibility of visiting commented on appointment taken by email or phone (donations possible)

Castles and manors of Périgord
15 km