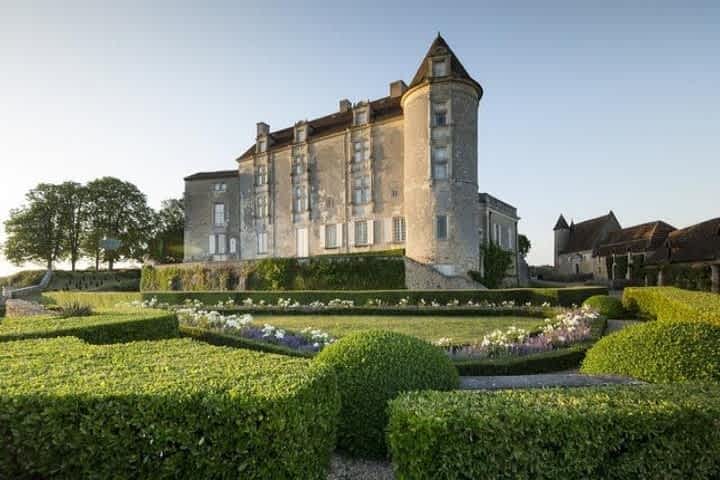 Located 7 km from Mussidan, the elegant Montreal Castle overlooks the Crempse Valley.
It is a Renaissance castle with a facade adorned with balusters and windows in mullions, totally surrounded by ramparts and fortifications of the XII th XIII th century.

The chapel of the Renaissance houses an exceptional statuary, statues of the 12 apostles, lying, oratory. It was built to house a relic of the crown of Thorns of Christ found on the body of General Talbot at the Battle of Castillon. XII 13th th century underground.

Salons of the XVII, XVIII and XIX century show a set of Périgourdins (related portraits and remarkable Aubusson tapestries declining the fables of the fountain

Outside the ramparts the Parc de Montréal features a star-drawn bower replanted after the destruction of the 1999 storm. Inside the ramparts, there is an Italian "garden", planted with Ifs and Hibiscus syriacus white and mauve, a French garden on two terraces, one with roses, Nepeta and Blue Sage, the other with red and yellow dahlias, a Small garden with fascinates. The walls of the common are smoothed with white or yellow climbing roses

October to June:
Open for groups every day by appointment