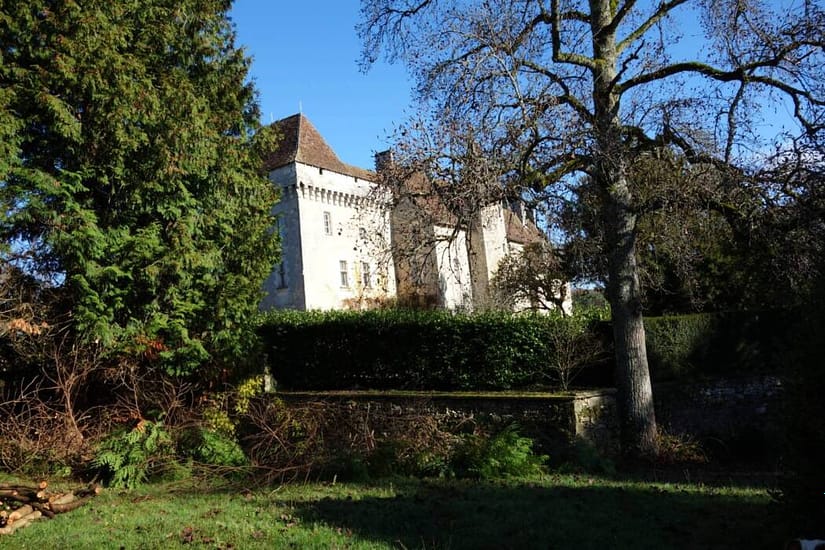 Château l'Evêque in Périgord was a fortress as early as the 11th century, the present castle was built and then rebuilt in the 14th, 15th and 16th centuries. It is considered to be a jewel of Périgueux and is located 7km away on the road to Brantôme-Angoulême.

From the 16th century it became the favourite residence of the Bishops of Périgueux who spent the summer there before settling there definitively at the beginning of the 18th century and then being driven out in 1793 by the revolutionaries.

In the Chapel of the Château Saint Vincent de Paul received the ordination from the hands of Monsignor François de Bourdeille, Bishop of Périgueux, on 13 September 1600.

From 1923 to 1936 it was the summer residence of Jenny Sacerdote (born Jeanne Bernard in 1868 in Périgueux and died in Nice in 1962). Famous Parisian seamstress of the inter-war period, whose mark spread as far as the United States. Coco Chanel was her rival and eventually replaced her. Jenny Sacerdote created at Château l'Evêque a superb rose garden whose influence extended beyond the borders of Aquitaine and which was unfortunately destroyed at the end of the war in 1940.

Surrounded by a 17-hectare park, it offers visitors a restful and romantic stopover with its English park, its Italian garden, its 300m long bridle path, its woods and waterways.

Gérard de Colombières, the current owner, is working to restore it and rehabilitate its park, which from 2017 became a sanctuary for hydrangeas (from Pépinière de la Thyle in Court Saint-Etienne south of Brussels). English roses from David Austin are gradually being planted there.

Guided tours by the owner himself he will tell you the story of this castle with thousands of adventures and touching anecdotes.

The guard room offers a surface area of 270m² and is available for hire for events: weddings and seminars, guest rooms are planned, the first of which will open in 2020, it is a bedroom suite with a king-size bed preceded by a lounge with a double bed (120). It is located at the end of the rampart walk in a 14th century tower from where the view is radiant: for lovers of unusual places and unique experiences.

For the castle: guided by the owner.

open from April to November 1st: from July 1st to September 30th from 13h to 19h, except Wednesdays. April, May, June, October only on Sundays from 1 pm to 7 pm or by appointment for groups. From November 1st to March 30th for groups by appointment only. It is advisable to telephone on arrival at the château if there are difficulties in accessing the site (06 21 55 23 06). Entrance rue du Château, wooden gate near the church.