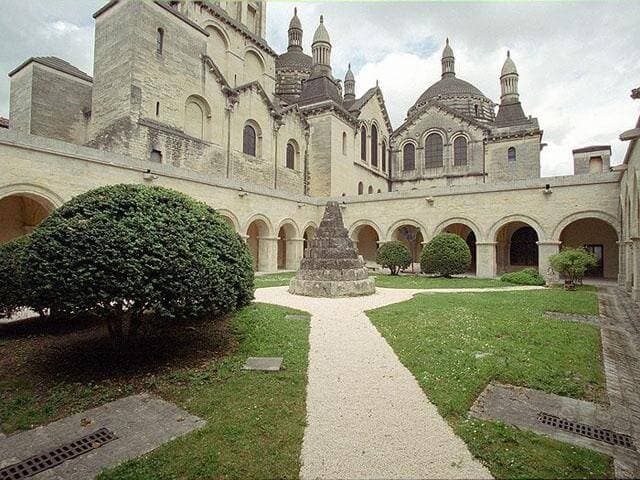 St. Front Cathedral, Cathedral of Périgueux, seat of the Diocese of Périgueux and Sarlat is a Roman Catholic cathedral. Located in the city centre of Périgueux, it has been classified as a historic monument since 1840 and World Heritage in 1998.

It took the name according to the legend of the first bishop of Périgueux: Holy Front
Dating back to the XIIéme century, it underwent numerous modifications before reaching its current Romano-Byzantine architecture.

Its bell tower rises to 62 meters. It is the oldest bell tower in France and the only Byzantine style in the world.

In the basement, crypts of which one called the Grotto of Saint Front would have lived the saint as a hermit.
In the eastern part of the cathedral is a monastery including a cloister whose vaults and arches were transformed in Gothic style in the 14th and 15th centuries

St. Front Cathedral is now the property of the state and is freely visited.