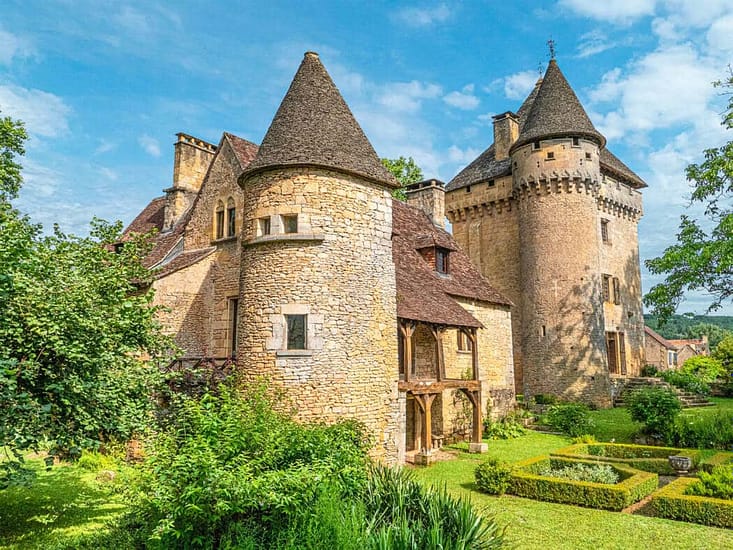 The manor of Saint-Léon also called Manoir de la Salle consists of a 15th century manor house and a square keep with a 12th century corner tower. This architectural ensemble constitutes a dwelling inhabited in the Middle Ages. It has been listed as a Historic Monument since 1957.

The Manoir de la Salle is characterised by its magnificent Lauze (local flat stone) roofs and its accessible round tower. Inside, a rich collection of furniture, as well as several important collections (music, herbs, fantastic animals from the Middle Ages) have been left by its past inhabitants.

Outside, a pleasant park planted with roses shelters a remarkable Cedar of Lebanon with a circumference of 8.30m, almost 300 years old.

In the early 2020s, Jean-Max Touron, who already owned several historic sites in the department, acquired the Saint Léon manor and will open it to the public in the spring of 2021.

The Manoir de la Salle can be visited freely by individuals and groups.
Dogs are allowed on a lead and photography is permitted throughout the site. Free municipal parking is available nearby for cars and buses.

7 days a week, including public holidays.