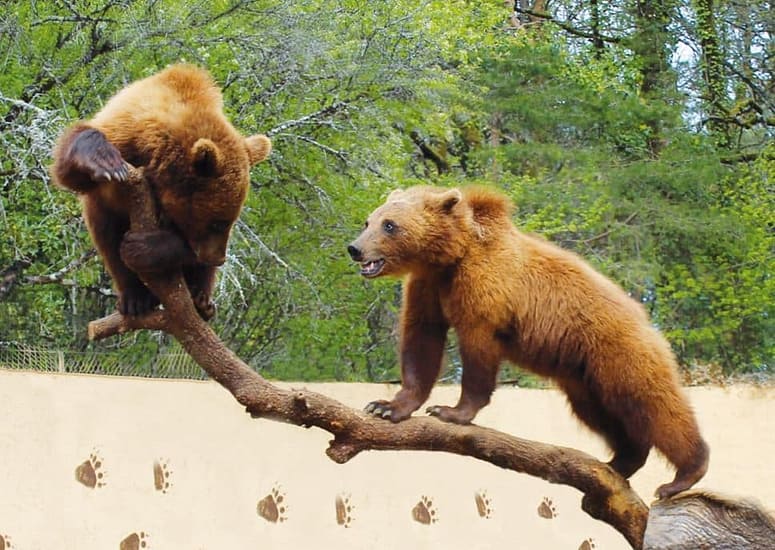 The extraordinary story of the Regourdou began in 1954 when Roger Constant owner of a farm near the Lascaux cave, undertakes excavations on his land.

He hopes to find the original entrance to the cave. He digs at night after his work as a farmer.
It was after 3 years, on the night of 22 to 23 September 1957, that Roger Constant made an exceptional discovery. He uncovered a Mousterian deposit that revealed the burial site of a Neanderthal.  The 80 to 90,000 year old skeleton is the most complete and best preserved in the world today for this Middle Paleolithic period.
From that moment on, archaeological excavation campaigns followed one another... Archaeologists discovered a grave in which a Neanderthal was buried, as well as the skeleton of a brown bear. The site was classified as a historical monument in 1959.
But the story doesn't end there... Roger Constant continues his excavations a few metres away and uncovers a chasm where he discovers marine fossils and an important ochre deposit.

All these discoveries make Regourdou an exceptional site contributing to a better knowledge of Neanderthal Man and his way of life.

In 1988, to commemorate the presence of bears in the Mousterian, Roger Constant decided to build a large park and to reintroduce the brown bear. Today, you can admire four magnificent bears, Charly, Noisette, Cassy and Mishka, evolving in a natural environment.

Roger Constant died in 2002 at the age of 81 after devoting his life to the Regourdou. Today his niece Michèle CONSTANT welcomes you and offers you an exceptional guided tour of this unique place.

Le Regourdou is open from February to November, and you can admire its abyss, its deposit, its living bear park, and its farm transformed into a museum.

Also on the Regourdou site, the bears' restaurant will welcome you from Easter to All Saints' Day for lunch. all the info here.
You can also take advantage of the picnic area just opposite Regourdou.

Numerous events and activities such as bear feeding punctuate the life of Regourdou. We invite you to see our agenda

40 minutes guided tour, access to the museum and bear park.

The last tour leaves one hour before the site closes.
Annual closure: December and January

Beware, this year monstrous creatures have escaped from the bowels of the earth through the chasm of Regourdou and have invaded the site.
The explorer who worked in this mine opened the passage by creating a breach.
He disappeared but left the necessary clues on the spot so that you can send them back to their underground world and restore the balance between the world of the living and the world of the dead.

Will you be brave and intrepid enough to brave this place now taken over by many terrifying creatures and find the solution to defeat the evil spell?

Castles and manors of Périgord
5 km

Castles and manors of Périgord
9 km