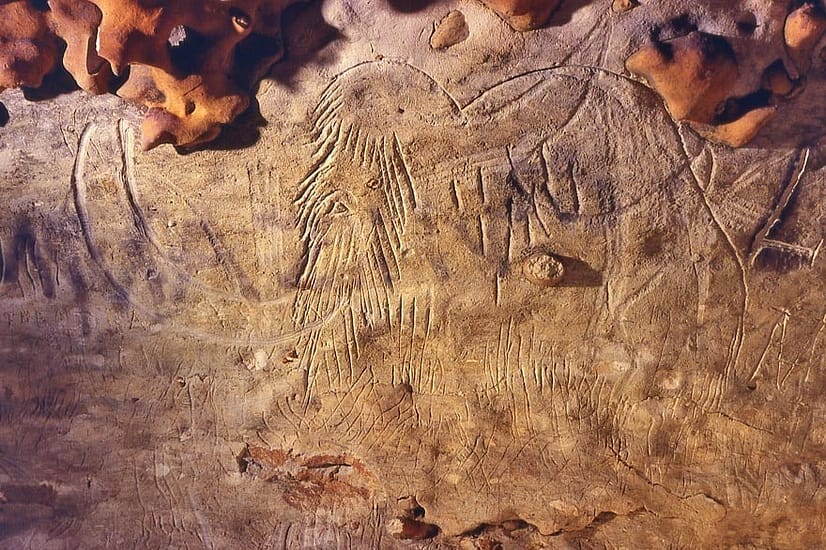 Welcome to the cave of Rouffignac.

Situated in the commune of Rouffignac-Saint-Cernin in Périgord Noir, the cave of Rouffignac formerly known as the "Cro de Granville" is one of the largest in the region with almost 8 kilometres of gallery.

Vast also by the size of certain corridors which can measure several tens of meters high or more than a dozen meters wide. The galleries are distributed on 3 levels, they were dug in the limestone of the cretaceous period by an underground river which has now dried up for 2 or 3 million years.

The bears first tenants of the cave of Rouffignac

The cave of Rouffignac was first frequented by bears, of which we find many traces. In some galleries you can observe innumerable claw marks left on the walls as well as bauges, hollow rounded areas, on the ground, in the clayey areas where bears used to cower in winter to hibernate in stable thermal conditions.

The artists of the Magdalenian:

The Magdalenian is the last phase of the European Upper Paleolithic, between about 17,000 and 12,000 years before the present. It was during this period that prehistoric artists came to practise their art in the cave of Rouffignac. Two techniques are present: engraving and black line drawing.
Here stands a bestiary made up of several hundred individuals. The mammoth is king here, there are no less than 158 mammoths drawn on the walls and ceilings, which is astonishing because of the rarity of their bones in the southwest of France.

Among all these figures you will be able to contemplate "the engraving of the patriarch" which represents an elderly individual with regard to these enormous tusks but also "the frieze of the 10 mammoths" made with a black line.

Around the central theme of mammoths gravitate numerous ibex, rhinoceros, horses and bison.

The visit of the cave of Rouffignac

The presence of prehistoric art makes the environment fragile. It is very important to maintain conditions that allow the conservation of the environment. It is not possible to light the cave permanently.
This is why the visit of the cave is carried out on board of a small electric train which is in charge of public transport and lighting.
For an hour, the little train allows the visitor to experience the impressive character of the place and to discover its prehistoric art, without fatigue and without danger to the conservation, while enjoying a real lecture tour.
This facility was established in 1959.

You come in families:

July 1st to August 31st: Visits between 9h and 11h30 and between 14h and 18h. Tickets are available continuously from 9am until all available places are sold.

Groups of at least 20 people are received exclusively by appointment from 1 March to 30 November.

The ticket office is at the entrance of the cave.

No ticket purchase by phone or internet is possible.

Tickets are sold in the morning for the morning visits and from 2 p.m. for the afternoon visits.

Tickets are sold from 9 a.m. for all visits during the day.

The schedule of the visit is indicated on the ticket at the time of purchase.

It is not necessary to stay on site for the duration of the wait if the wait is long. However, it is imperative to be ready to start the visit 10 minutes before the time indicated on the ticket.

Tickets are neither exchanged nor taken back.

- The number of places is limited.

- There are no overnight reservations.

Castles and manors of Périgord
5 km