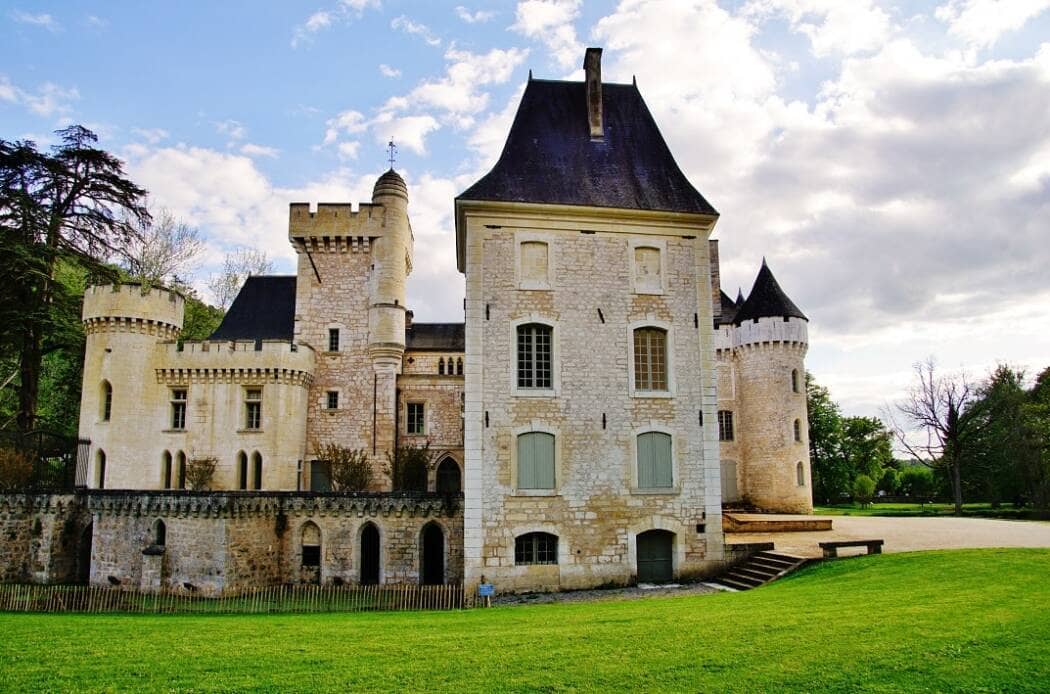 Welcome to the Country Castle Park

The park of the château de Campagnebetween Le Bugue, Saint Cyprien and Les Eyzies-de-Tayac is open all year round and is free of charge. (closed from December to February, except during school holidays).

The park was designed during the Second Empire and has been ravaged by time. It has recently been rehabilitated.

It is a park redesigned in the manner of the landscape compositions of the English influenced gardens of the 19th century (green coulée, peninsula, serpentine and vegetable garden) it has been labeled remarkable gardens. Planted with hundred-year-old sequoias and cedars, it offers a bucolic stopover, in a decor of conservatory orchard, arboretum, or along the staircase of the restored Chemin des Dames: 139 steps and 22 meters of difference in height, decorated with lanterns.

Ideal for concerts on summer evenings, it is a gateway to the country forest where you can walk for free every day of the year.

The castle is not open to the public but it hosts temporary exhibitions. It is fully registered under the historic buildings since April 5, 2001, with its outbuildings, park and fences.

Behind the castle and its outbuildings lies almost 337 hectares of forest.

The country forest is home to rare species such as the Genet, the Circaète jean le blanc, the Peregrine Falcon, or the Tichodrome échelette.

The Domaine de Campagne has been the property of the Dordogne department since 2007.

Open from March to November inclusive (closed from December to February, except school holidays)