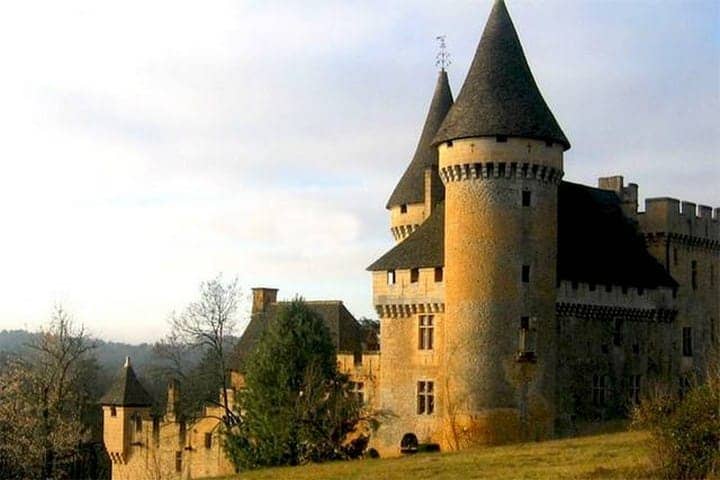 Welcome to the Château de Puymartin

History of the Castle of Puymartin

The construction of the castle began in the 13th century. In 1357, the castle became an English possession. The consuls of Sarlat bought the domain from the English and abandoned it.

Radulphe de Saint-Clar rebuilt the castle in 1450. In the sixteenth century, Raymond de Saint-Clar bought the castle and pushed the Protestants back. It is he who takes Sarlat to the Huguenots under the name of Captain of Puymartin

In the seventeenth century, Jean de Saint-Clar and his sister Suzanne fought for the castle's possession for 40 years. Suzanne finally becomes the owner. The castle was abandoned in the eighteenth century.

In the nineteenth century, the Marquis Marc de Campbell de Marzac, grandfather of the present owner, restored the castle in a Gothic style thanks to his wife's dowry.

The legend of the White Lady

A legend says that a 16th-century squire, Thérèse de Saint-Clar, would have been surprised with her lover by the unexpected return of war from her husband. As punishment for her fault, she was condemned to remain captive for 15 years in a small room in the north tower. When she died, she was walled there.

One might see her wandering at night, in the form of a white lady, on the castle's way round, before entering this room.

This summer, every Tuesday evening from 8.30 pm, night tour of the castle animated by the actors.
On reservation.

Castles and manors of Périgord
8 km