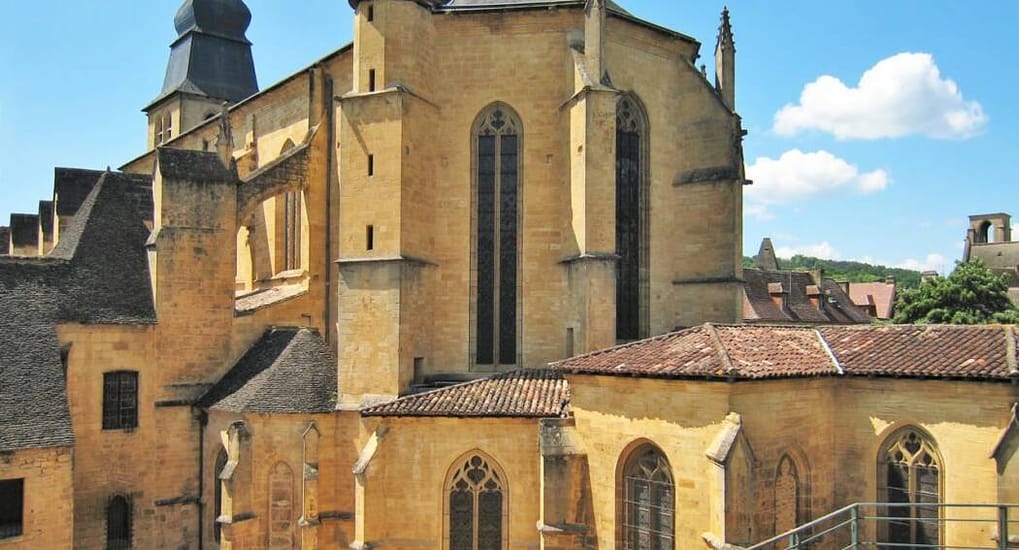 Saint-Sacerdos Cathedral in Sarlat was classified as a historical monument in 1840.

The sanctuary is dedicated to Saint Sacerdos, born in Calviac, a village near Sarlat, who was bishop of Limoges in the 8th century

The diocese of Sarlat was created in 1317 following the victory of the royal forces over the Albigensian Cathar armies. It was at this time that Pope John XXII, former bishop of Cahors, appointed the abbot of the Benedictine abbey of Saint-Sacerdos as the new bishop of the town. The old Romanesque abbey church became the cathedral of the diocese.

A modern reconstruction was undertaken in 1504 by Bishop Armand de Gontaud-Biron. The work was long and intermittent due to a lack of money, and also because of wars and epidemics. It was only completed a century and a half later, around 1685, with the construction of the vaults, under the episcopate of François III de Salignac de la Mothe-Fénelon.

Like most ancient religious monuments, the building was extensively altered, reusing some of the Romanesque parts of the old abbey church, the general style of the cathedral is Gothic. The Romanesque bell tower dates from the 12th century and is the oldest part of the building. It succeeded a Carolingian construction and has undergone changes: the top floor dates from the 17th century and the bulbous belfry from the 18th century, replacing the spire that was destroyed by lightning.

Above the portal, the organ on the gallery is the work of Jean-François l'Epine.

The Cathedral of St. Sacerdos can be visited free of charge every day outside of service times.

Castles and manors of Périgord
1 km