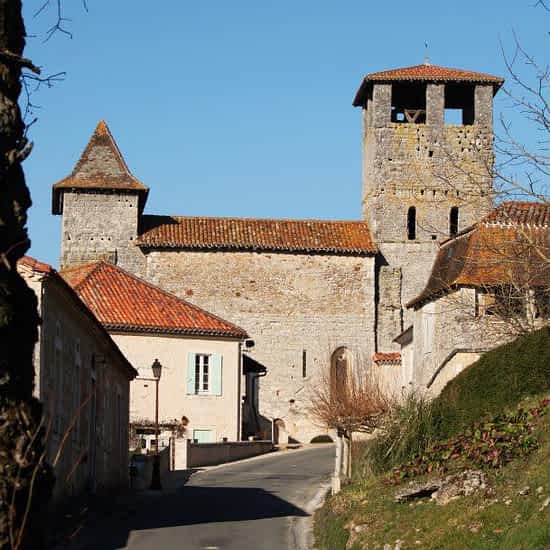 Located in the canton of Ribérac, it has a population of 256 inhabitants, an area of 2086 hectares, is located to the West of the Department of Dordogne at the gates of the double, 6 km from Ribérac.

She joins the community of communes of the Ribéracois. This village is very much frequented by tourists. Their encouragement and those of the local population have helped motivate the elect to engage in the competition of the towns and villages of Aquitaine

Famous for its charming village on the slope of a hillside, in the Centre of the town, is the 12Th century Romanesque church "Saint Pierre-ès-liens" inscribed on the inventory of historical monuments since 1946.

River, streams, springs, the commune is particularly well irrigated. It offers a forest massif with various essences which covers about 60% of the communal territory.

Small village of character with a development of the built heritage where it is nice to walk around to discover beautiful things.

The development of the village and its periphery is a communal priority and the Municipal Council remains very vigilant regarding the choice of development in order to preserve the architectural and landscape quality of the site and its flowering.

A dozen small businesses are present as well as a rural multiple (bar, grocery, restaurant) which was created in the village by the municipality in 2006.